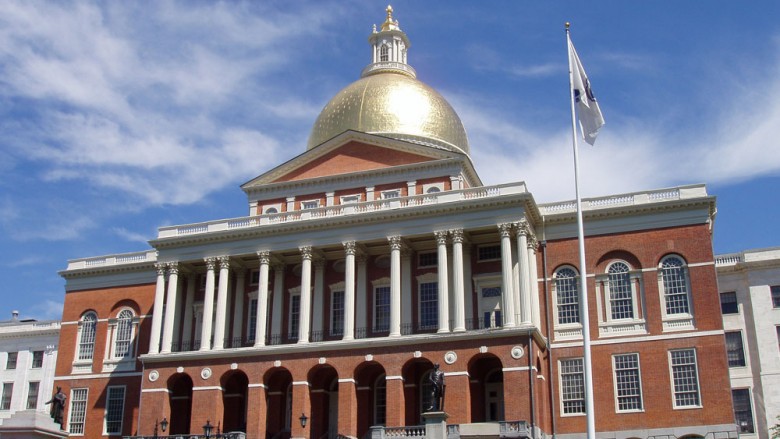 As the state faces a multi-billion-dollar drop in state revenue due to the COVID-19 pandemic, the letter argues that “During a crisis of this magnitude, state government must step forward and respond to the needs of our communities, which are greater than ever…Severe budget cuts are exactly the wrong response. They would only worsen the effects of this downturn and impair our economy’s recovery.”

Read the full letter below:

Members of the Legislature,

The COVID-19 pandemic has caused unprecedented economic disruption in Massachusetts. The statistics are frightening. Nearly one in three Massachusetts workers have filed for unemployment since early March. Families across the state, struggling to make ends meet, are lined up at food banks. Skyrocketing unemployment, shuttered businesses, and frozen consumer spending have led to a multi-billion-dollar drop in state revenue.

During a crisis of this magnitude, state government must step forward and respond to the needs of our communities, which are greater than ever. Substantial state-level investment is required over the coming months and years to fight the virus and reverse the economic damage it is causing for workers, families, and businesses.

Since this crisis began, the Raise Up Massachusetts coalition of community groups, faith-based organizations, and labor unions has focused on ensuring that all workers have access to additional paid sick time. We again urge you to pass An Act Relative to Emergency Paid Sick Time (H.4700/S.2701) as soon as possible to protect the health and safety of Massachusetts workers.

We are also deeply concerned about the state’s response to the economic crisis brought on by the pandemic. As Massachusetts responds to the COVID-19 pandemic and resultant state revenue shortfall, we must not default to the same pattern of deep budget cuts that has characterized our response to past recessions.

Severe budget cuts are exactly the wrong response. They would only worsen the effects of this downturn and impair our economy’s recovery. Deep budget cuts would further harm the people and communities who are already disproportionately impacted by the COVID-19 pandemic, especially people of color, immigrants, and low-income communities.

Massachusetts has made important progress in funding critical areas in recent years. As the COVID-19 crisis deepens needs across the state, we must not allow our economic response to take us backward. Students across the state will need more support to handle the trauma and learning loss caused by school closures, not less. Direct care workers on the frontlines of the COVID-19 response effort need wages and proper workplace protections that reflect the essential work they do.

Children under the protection of the state, whose fragile lives are further disrupted by the pandemic, need added support and attention. Our public transportation systems need resources to run frequent service that allows for social distancing and prevents traffic congestion from returning. Our public colleges and universities, long underfunded, must be protected from destructive cuts and layoffs as they deal with the loss of room and board revenue while preparing to educate the thousands of potential students who are looking to pursue a degree or certificate after losing their jobs in recent months.

This crisis demands a New Deal-level response from the federal government, including economic relief for families and businesses as well as significant aid to state and local governments. It calls for opening the spigot of the state’s rainy day fund. And as Washington squabbles, state legislators should reject any new corporate tax breaks that would reduce state revenues – especially those that disproportionately benefit the wealthy and large, profitable corporations.

But if federal aid and the state’s rainy day fund are not sufficient to make up for the drop in state revenue, state lawmakers must pursue progressive revenue options to close the gap. They must maintain adequate levels of state spending on healthcare, transportation, education, safety net programs, and other critical budgetary priorities.

Massachusetts has the ability to raise significant new revenue now, without putting the burden on those most affected by the pandemic. Many large, profitable corporations that do business in Massachusetts use loopholes to hide their profits. Some exploit tax breaks to avoid paying their fair share of taxes. Many take advantage of weak corporate disclosure laws to keep the public in the dark about just how little they contribute. And throughout the economic crisis we’re facing, many large corporations continue to generate enormous profits that flow to their extremely wealthy shareholders. It’s time that they pay more to support our economic recovery.

The economic facts are clear: raising progressive revenue to avoid budget cuts is the best way to avoid prolonging a recession. State budget cuts hurt economic growth by taking money out of our local economy that would otherwise spur economic activity. Progressive tax increases affect private economic activity much less, because a significant portion of dollars collected in additional taxes from high-income individuals and profitable corporations would have gone to savings, trust funds, stock buybacks, or investments in other states or countries.

Raise Up Massachusetts has been crystal clear that Massachusetts must pass the Fair Share Amendment in 2022, and that additional state revenue options must meet three principles:

Raise Up Massachusetts is prepared to fully engage in a statewide campaign to avoid destructive budget cuts that would only add to the harm the COVID-19 pandemic has caused. We are actively working to identify progressive revenue options that meet our principles, and look forward to working with you over the coming months as the state’s fiscal needs become clearer. We hope you will join us in committing to raise the progressive revenue needed to avoid devastating budget cuts to essential state programs.