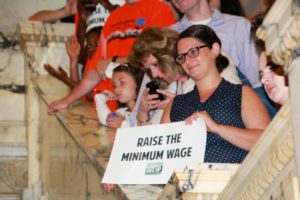 Raise Up Massachusetts is a grassroots coalition of community organizations, faith-based groups, and labor unions committed to building an economy that works for all of us. An economy that invests in families, gives everyone the opportunity to succeed, and creates broadly shared prosperity.

We are united to ensure Massachusetts continues to be a great place to live, work, and raise a family. We reject efforts to divide our communities and scapegoat the most vulnerable among us. Whether motivated by our democratic values or our religious faith or both, we recognize that our fates are connected, we are one community, and we all do better when we all do better. 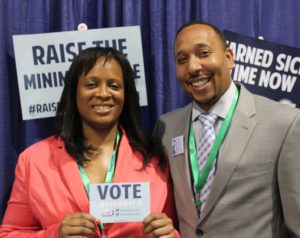 We work to pass laws, through the Legislature or at the ballot box, that support working families with jobs that pay a living wage and policies that allow them to balance work and family. To support important investments in our people and communities, we believe everyone should be asked to pay their fair share.

In 2013, Raise Up Massachusetts was formed when coalitions that were working to raise the minimum wage and guarantee earned sick time for Massachusetts workers decided to join forces. Throughout 2013 and 2014, more than 150 organizations and hundreds of grassroots volunteers collected more than 350,000 signatures to put minimum wage and earned sick time on the ballot. 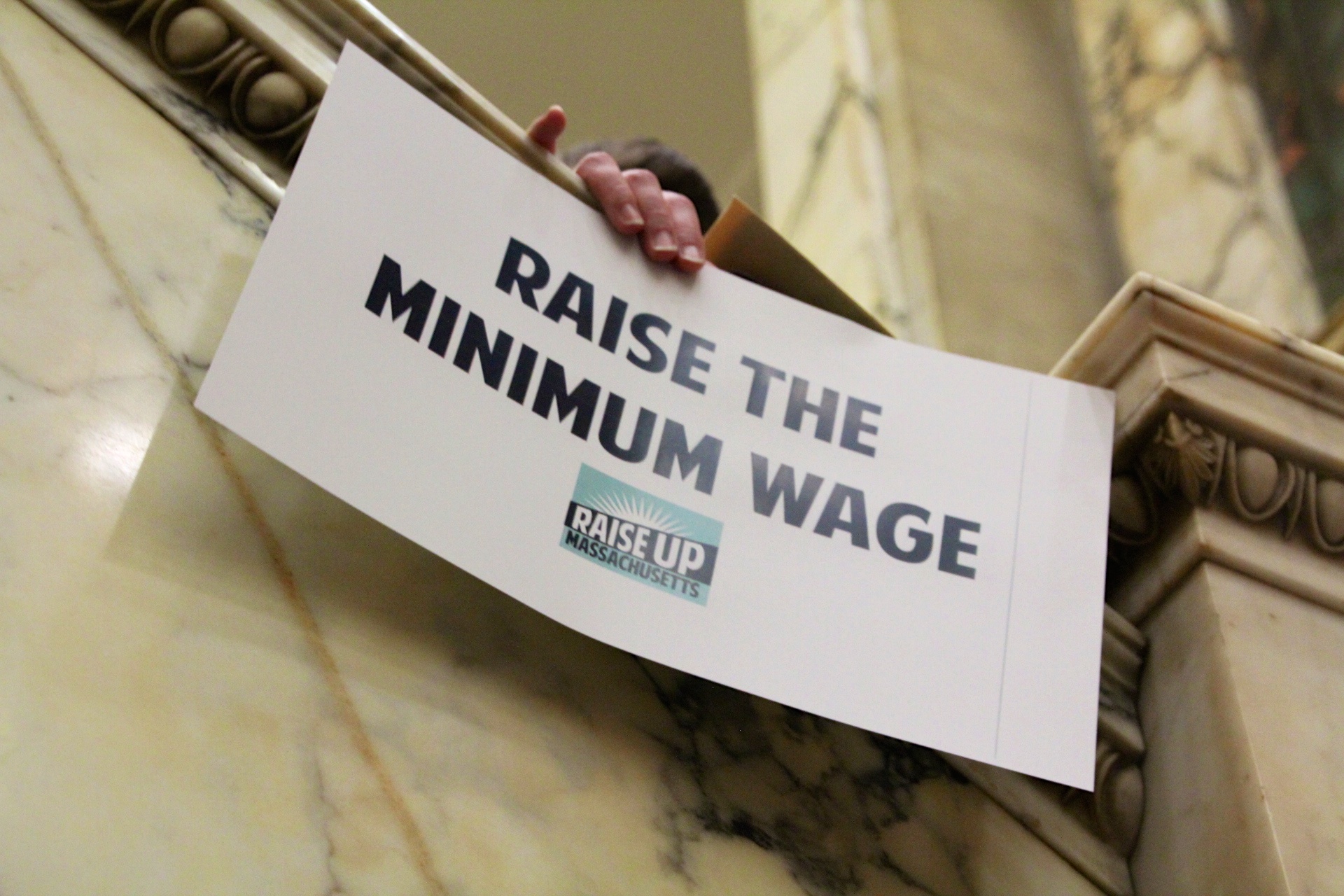 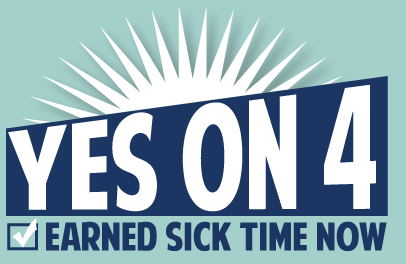 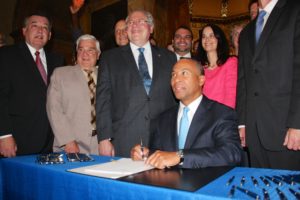 In June 2014, the Legislature passed and the Governor signed legislation raising the minimum wage from $8 to $11 over three years, avoiding the need for a ballot question. Raise Up Massachusetts then led the campaign to ensure access to earned sick time for all workers in the Commonwealth by passing Question 4 in November 2014. After gaining support from over 250 community organizations, faith-based groups, labor unions, businesses, and civic leaders, Question 4 passed with a nineteen point margin of victory.

In 2015, Raise Up Massachusetts launched a campaign for the Fair Share Amendment, which would amend the state’s constitution to invest in quality public schools, affordable higher education, and a transportation system that works by creating an additional tax of four percentage points on annual income above one million dollars. The Fair Share Amendment was supported by a large majority of Massachusetts voters in public polling, garnered over 150,000 signatures and passed through two consecutive constitutional conventions, but was challenged by a corporate-backed lawsuit and then thrown off the ballot by the state’s Supreme Judicial Court. 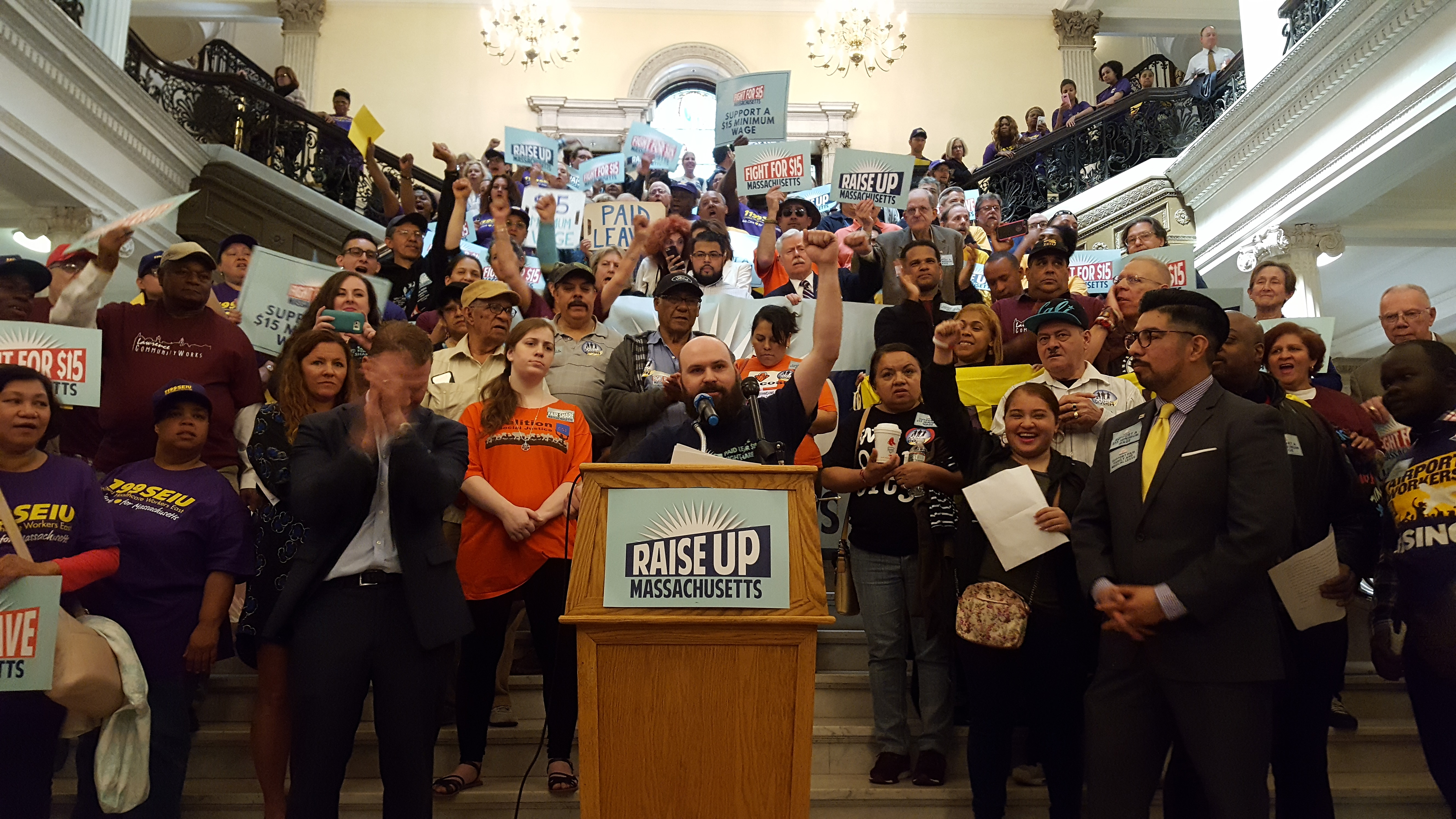 In 2017 and 2018, Raise Up collected more than 359,000 ballot signatures to create a paid family and medical leave program and raise the Massachusetts minimum wage to $15 an hour, resulting in the Legislature passing, and the Governor signing, legislation on both issues. The paid leave legislation passed by the Legislature is a historic victory for millions of Massachusetts workers are now able to take job-protected paid time off from work to take care of themselves or a family member after a medical emergency or the birth or adoption of a new child. The $15 minimum wage legislation passed by the Legislature is a victory for the nearly one million Massachusetts workers who will see their paychecks go up as the minimum wage increases.

In 2020, we responded to the COVID-19 pandemic by working to pass Massachusetts’s emergency paid sick time law, which provides all Massachusetts workers with up to 40 hours of job-protected sick time that can be used for COVID-related sickness, quarantine, caregiving, and vaccination.

While Raise Up Massachusetts has helped make remarkable progress, the Massachusetts economy remains one of the most racially and economically unequal across the country. Even before the COVID-19 pandemic, our economy was working great for those at the top, but that prosperity wasn’t reaching most of our people and communities.

To help working families, to ensure Massachusetts stays a great place to live, work, and raise a family, and to build a stronger economy for us all, we need to make sure we have high-quality public schools and colleges and a transportation system that works. That’s why we’re working to pass the Fair Share Amendment on the November 2022 statewide ballot.

We will continue to do this work until every worker in Massachusetts has a livable wage, family-supporting benefits, and a transportation and education system that lifts people up, funded by the wealthy paying their fair share. We’re not willing to wait to win the gains that Massachusetts workers need. We are only getting started. 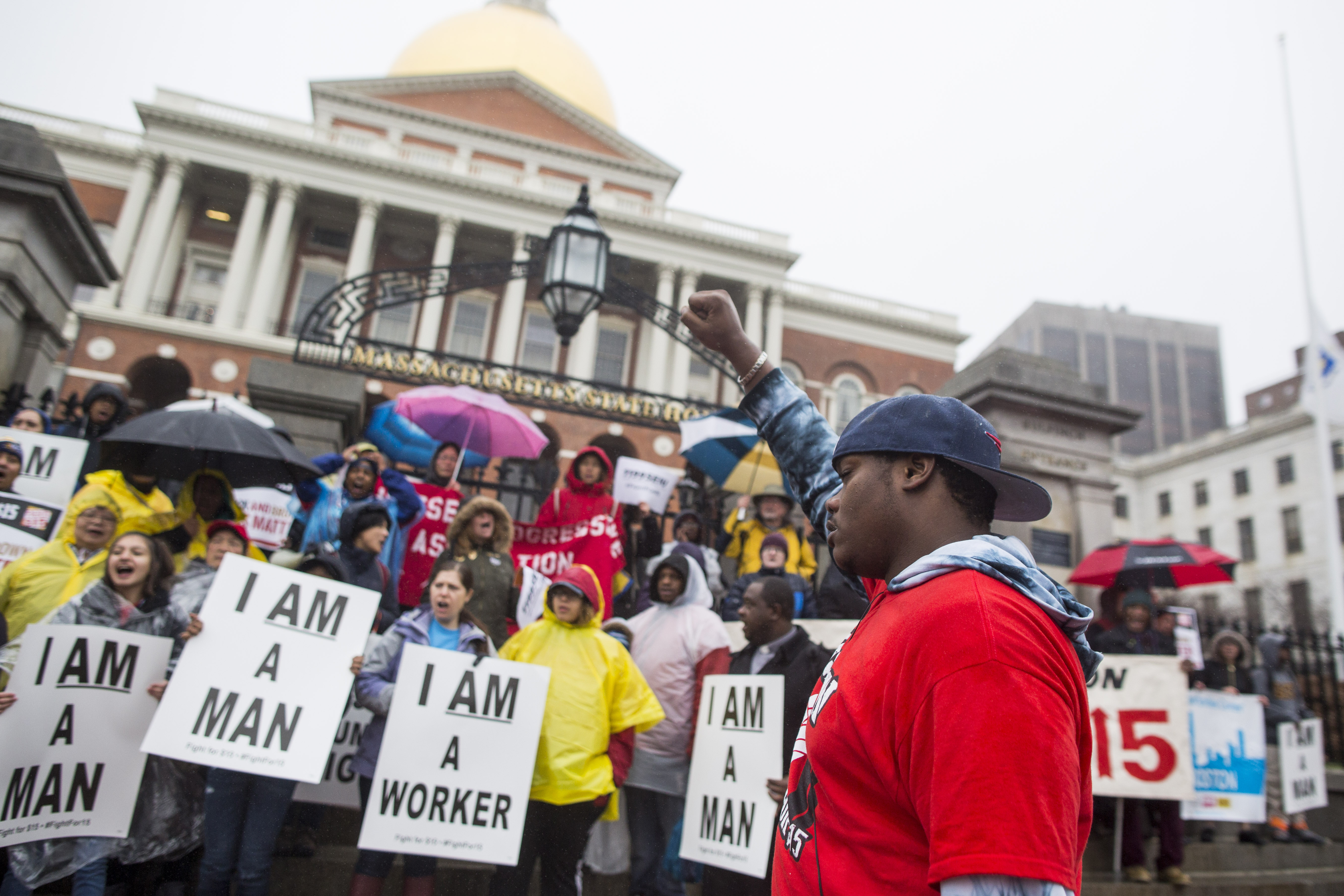